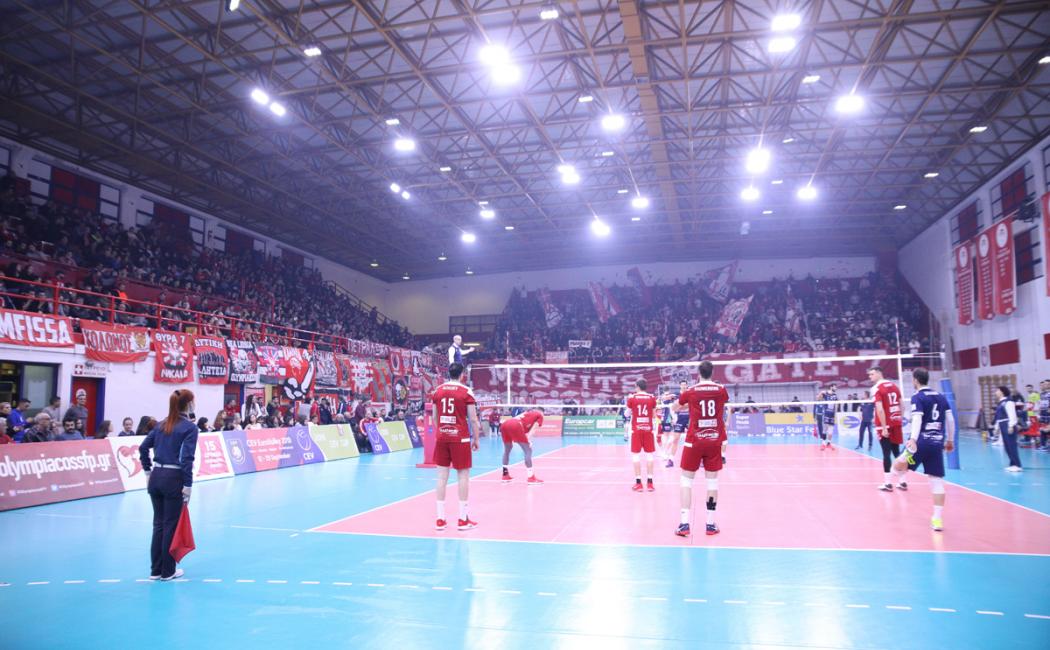 In the first CEV Cup semifinal where the Olympiacos fans created an impressive atmosphere, the “Reds’’ were defeated by Trentino (3-0). The match against the World Champion was very difficult and the team fought for the victory but didn’t achieve to get a positive a result in the view of the rematch held in Italy on Tuesday (5/3). The “Reds’’ were passionate and fought in the three sets against a team that participates in the best championship in the world and is in the second position but the high quality of the Italians led to the victory. The qualification to a final for a second consecutive year has been a difficult issue after the first match but the largest European multisport club continues to make its fans proud for this year European journey as well.

Fernando Munoz Benitez: "We knew very well what team we were fighting today. We are talking about the best team in the world at the moment and it’s very difficult to play against them. We certainly faced difficult situations but we had some chances not only with the setballs in the 3rd set but also with the two previous ones to get closer to the score. Perhaps we could get a set and play better. It’s very important to fight in such an atmosphere and we would like from our fans to come to each match and help us. We thank them for the amazing atmosphere they created today and for the great support".

Marcus Bohme: "It’s very difficult to compete against such a strong opponent and the only chance is to play at the highest level. Nowadays, we could claim something more but we didn’t. We would like to thank our fans for the amazing atmosphere they created.’’