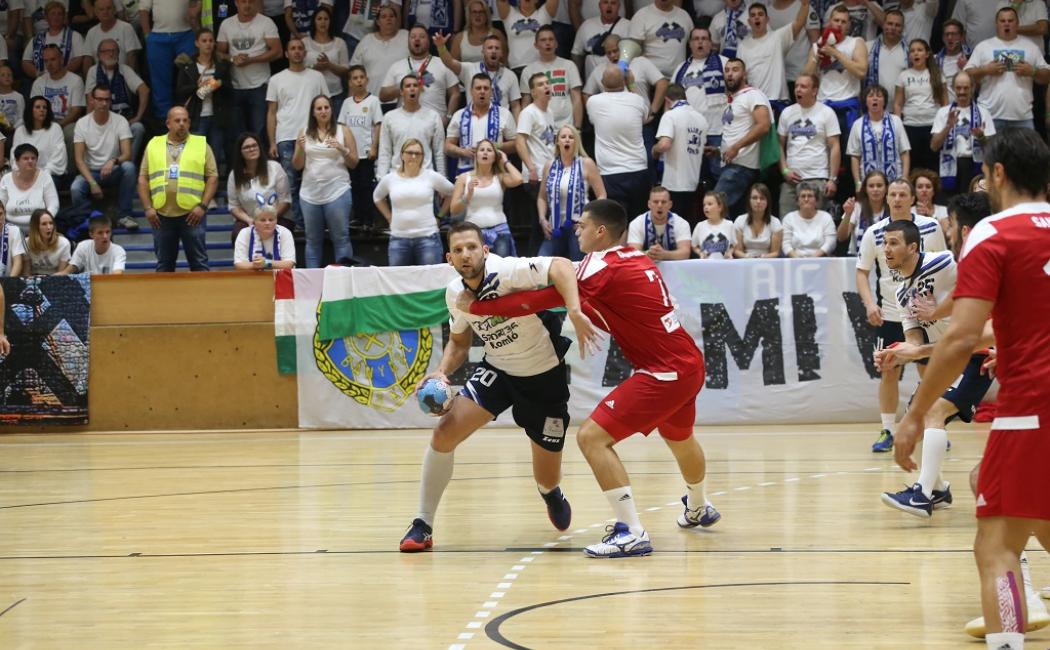 In the first game for the second round of the EHF Cup, Olympiacos was defeated by Komlo with 34-29 and will claim the qualification in the rematch on Sunday 14/10. Reina and Tziras were the top scorers with eight and seven goals respectively.

At the start of the game, Komlo went ahead with 2-0 quickly but Olympiacos reacted and reduced with a goal by Karampourniotis to 3-2 initially and Tziras tied the match (4-4). The hosts kept a lead until the middle of the first half (8-6) with their goalkeeper Granic having an excellent performance. The Hungarians boosted the margin to 5 goals four minutes before the end of the first half which ended with a goal by Reina (16-12).

The ‘’Reds’’ were better in the second half and reduced to two goals (23-21, at 42:46). However, Komlo kept the lead until the end and won the game (34-29). The final score gives the chance to the Greek team to compete for the qualification in the rematch on Sunday (14/10) at the Rentis sporting hall having the strong support of its fans.

Zaravinas: "Having the support of our fans to claim the qualification’’

‘’I would like to congratulate my players for their effort. Some details made the difference as the opponent was better on the attack. Everyone watched the game can draw a conclusion. We have another strong game against a good team in the next week. We have to be more competitive having the strong support of our fans to claim the qualification’’.