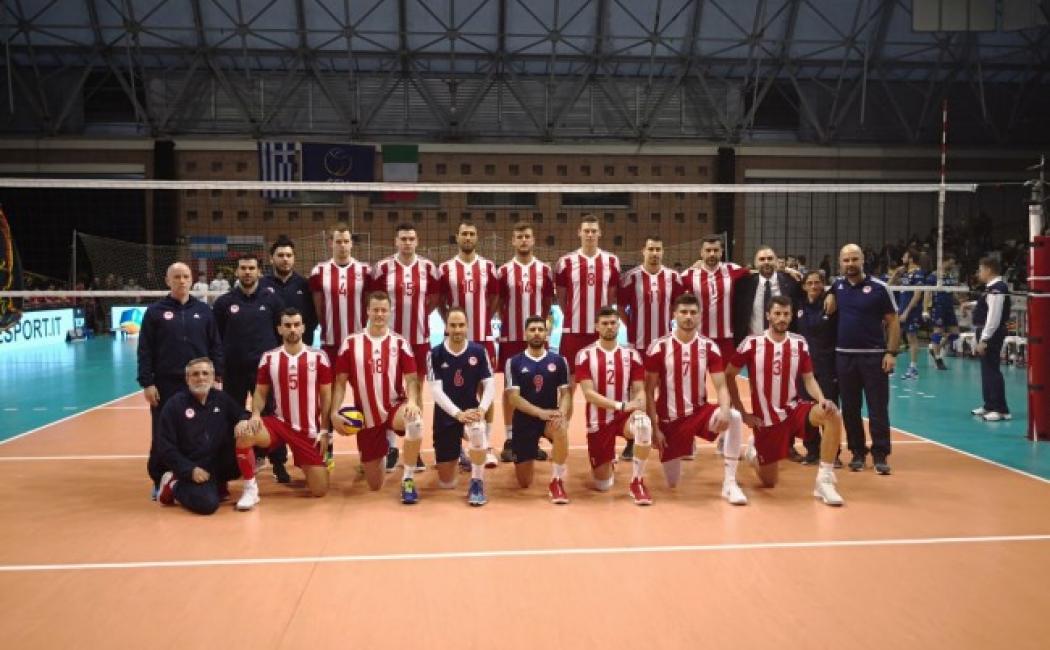 Ravenna claimed an important victory in the first matchup from the final phase of the Challenge Cup. The Italians took a 3-1 win over their opponents from Olympiacos PIRAEUS. However, a re-match will define who the winners of the 2018 CEV Volleyball Challenge Cup – Men will be, as the away game will take place on April 11.  In this first match which lasted 131 minutes, both teams showed a real will to win, as the spectators in Ravenna enjoyed some high-class Volleyball.

In the first set, both teams showed a very good game. Ravenna and Olympiacos were closely “following” each other in the score. Thanks to an ace made by Cristian Poglajen, Ravenna opened the match in their favour. Paul Buchegger from the hosts scored six points (55% of success rate), while Mikko Oivanen from the guests responded with six points (40%) as well.

In the second set Olympiacos rushed to 5-2 and the Greek team managed to keep the advantage for the remainder of the set. Georgios Petreas made a great block and put an end to this part of the match, making the score equal. Special mention could be for Todor Aleksiev who scored five points in this section of the game.

Ravenna started slowly in the third set, but thanks to the great cooperation of Buchegger and Nicolas Marechal the team recovered and took the lead (11-9 and then 19-15). Marechal was “on fire” with 75% of success rate in attack. Krasimir Georgiev also helped by scoring four points.

Ravenna won the fourth set, but the teams were constantly exchanging the lead - Olympiacos were leading at 4-1, but then Bunge’s players responded at 8-7. The Greeks reacted to edge ahead at 15-11, but Ravenna wouldn’t let things slip away from their hands (good play by Santiago Orduna at 19-17). The visitors  fought until the very end of this part (20-22), but Paul Buchegger and Enrico Diamantini accepted the challenge and showed their best. Diamantini shone with an ace at 23-22 and Buchegger closed the game cashing the second match point for the Italians.

Munoz-Benitez: ‘’ I knew this match would be tough and seeing what has happened, I was right. Unfortunately, we made too many mistakes and it was difficult for us to find the right rhythm. In the end, the first and fourth sets were the most balanced, but were also the decisive ones. In these moments Bunge RAVENNA showed something more in order to win, and they used their opportunities.”