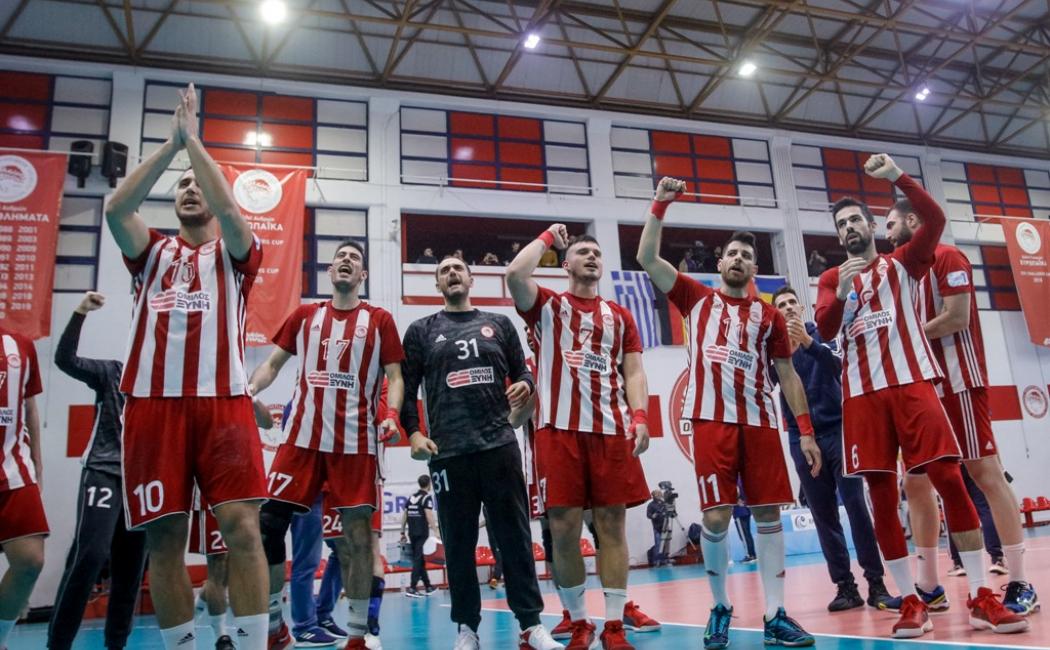 The men’s handball team completed its European presence with a defeat by Melsungen at the Rentis sporting hall. After the good performance in Germany, the Reds were competitive despite the absences of Sanikis, Tsilis, Karvatski and were defeated (19-20) by a team with ten times larger budget. The team had an excellent European performance and now, is focusing on the Greek competitions. The fans supported the team once again and applauded the players for the great effort.

Giorgos Zaravinas mentioned: "First of all congratulations to the Melsungen for both the victories and the qualification. For us, these two games were a great challenge and we had to keep the team and the image of Olympiacos high, as well as the Greek handball. I am very pleased with the effort of the players in the defense and if we had a little clearer focus at some point in the attack, maybe we could have made a historic victory against a top team.  I would like to emphasize the special bonds that exist between these two groups, due to the presence of Gregory (Saniki) and other players in the club. We would like to thank them for their hospitality in Germany and to know that they will always have a good friend in Greece and try to have a partnership at club level. In closing, I would like to make a special mention to our leader, who has given us a great boost, really showed that he is our guardian. A special thanks to the fans for giving us a great boost for the rest of the year.”

Kostas Tsilimparis stated: "We knew that we were going to face an opponent coming from a different handball world, a team that plays in the best championship in the world and definitely a different pace and performance. For a team like us, it is not easy to change rhythm from the championship to the European competitions.  So today, I think my teammates gave the 100% because it was hard to put in the mind that the goal is purely the qualification, we know which opponent we will face. I would like to say that we and Melsungen have been developed in the handball world steadily in the recent years. Hope that we will be able to face such a team without being a pure outsider. I am very satisfied with the team effort. Obviously, we could have a better result but our performance was very good and important. The winning of the Greek Championship and Cup is not negotiable as the team history obligates us to do it’’.