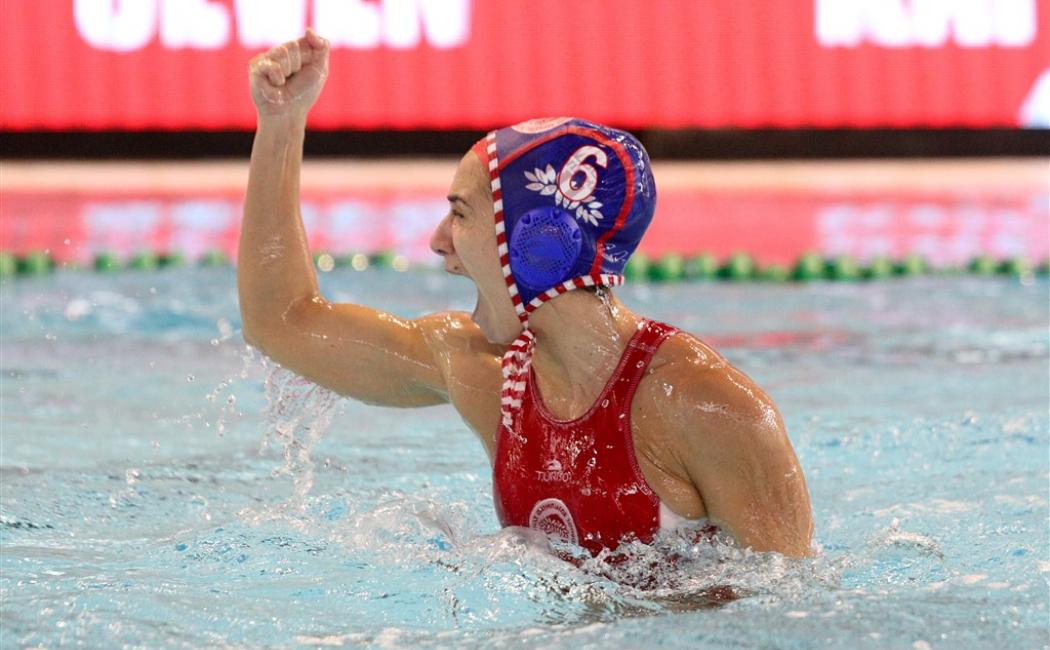 A brilliant qualification to the Euroleague final!
Friday, 19/4/2019

The women’s water polo team secured the qualification to the Euroleague final. Having the support of the fans who traveled to Spain, the ‘’Reds’’ got an important victory against Vouliagmeni with 8-7 and qualified to the final held in Sabadell. Olympiacos had an excellent defensive performance with Stamatopoulou making crucial saves and Avramidou scoring 4 goals while she was injured. The team of Charis Pavlides will play  a European final for the sixth time (third in Euroleague) and will claim the fourth European title. In the final, Olympiacos faces the winner of the second semi-final between Padova and Sabadell.

The Head coach Charis Pavlides stated: ‘’It was a very difficult game from a psychological point of view. We had lost the Cup final in Chios which cost us a lost but tomorrow, we won’t have the same pressure. We will play even better and it’s amazing for these girls as they play a European final every year’’.

The first scorer, Alkistis Avramidou mentioned: "We did our best to win. We were preparing for these two games during the whole season. I tried to help the team as much as I could. We are very happy for the qualification to the final. We focus on the final to go back to the top’’.

Ioanna Stamatopoulou underpinned: "We gave our 100% effort and were very happy to be in the final again. Now, we are focusing on the final. It will be a completely different game’’.