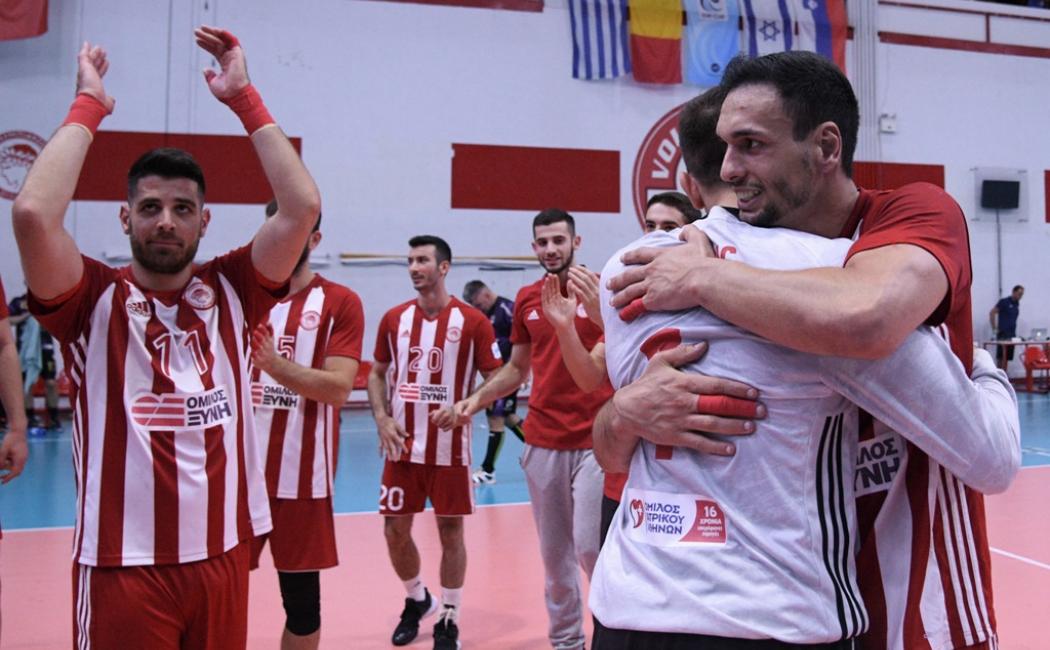 After a thrilling game in Renni, Olympiacos celebrated an important qualification to the 3rd round of the EHF Cup, winning against Timisoara with 29-26 overturning the 31-29 defeat in Romania. The “Reds’’ played with soul and passion and although it was back in the first half, the fans encouraged them to overturn the score and qualified to the next round so as to claim the ticket for the group stage. The team needed a win with a three-goal margin and did it celebrating an important moment for the Greek handball. Since the goal of Dimitris Tziras at 38:10 when Olympiacos led for the first time, it didn’t go back and sealed the qualification.

The Head Coach, Giorgos Zaravinas stated: "It would be pity to lose the qualification because of the bad performance in the last ten minutes in Romania. I am pleased with the passion of the players throughout the game even when we were back in the first half and Timisoara tried to close the score in the second one. We did a significant victory for both Olympiacos and Greek handball. I would like to thank the fans for their presence and support on the court today’’.

Haris Mallios mentioned: “Olympiacos is made for great things, and we take the example of the other departments in Europe that win European trophies. I wish we had health and got another distinction. I hope that we have a good draw and qualify to the group stage to claim more distinctions. Finally, I think that the fans helped us to overturn the score’’.